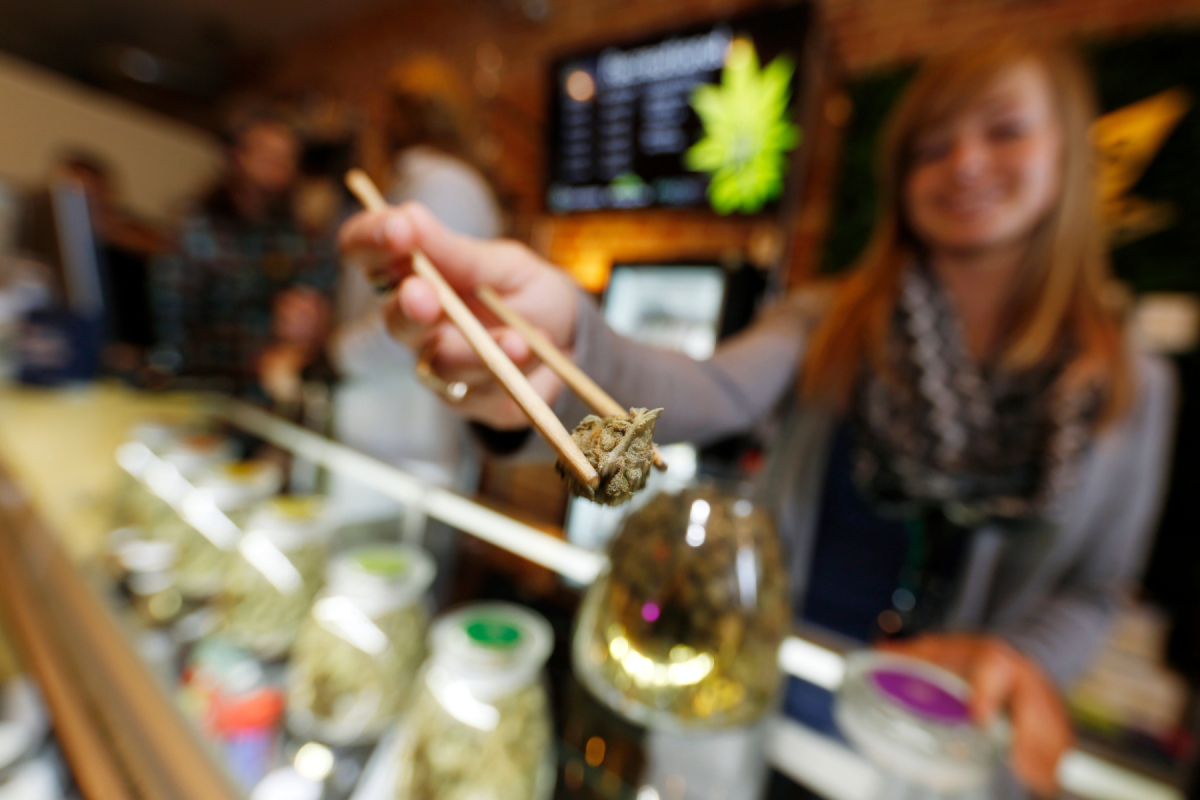 No one knows more about the complicated alliance between unions and the cannabis industry than Dale Sky Jones, chancellor of Oakland’s Oaksterdam University, a marijuana trade school. She calls herself “Patient Zero.”

In 2010, major unions were just starting to throw their weight behind weed in California as part of Prop 19, a ballot initiative for recreational marijuana. Jones says an organizer for the United Food and Commercial Workers International Union (UFCW) walked into the campaign office for Prop 19, a campaign Oaksterdam’s founder spearheaded, and said, “You’re not just a bunch of tree-hugging, crystal-gripping hippies carrying signs. You actually have a statewide campaign on the ballot.”

Oaksterdam agreed to unionize, and UFCW helped get Prop 19 backers into meetings with decision-makers in Sacramento. “We got real all of a sudden,” Jones says.

But the alliance didn’t last. All the clout in California didn’t stop federal authorities from raiding Oaksterdam in 2012, and the leading UFCW weed organizer was indicted in 2015 for bribery and extortion. As the school rebuilt, Jones offered to bring in the union again, but Oaksterdam workers declined. They were skeptical the UFCW could deliver.

Some of that skepticism remains. Across the country, the cannabis industry is weighing whether to join forces with the UFCW, now the most influential union in cannabis, which reps more than 10,000 marijuana workers in 14 states. It has negotiated contracts with major operators like MedMen, helped legitimize the movement for cautious politicians, and hammered out pro-worker provisions in multiple state legislatures. But, as the UFCW’s influence grows, so does its list of critics, who say the union sometimes works against the goals of the larger cannabis movement.

In 2007, long before most other big unions were interested, the UFCW began courting weed workers in California, cannabis’s biggest and most important battleground state. Back then, long before full legalization, working conditions varied wildly behind “Redwood Curtain,” far from the eyes of courts and labor regulations. There were beloved mom-and-pop operations where employees had personal chefs and massage therapists, and could earn a year’s wages from 3 months of trimming. There were also LED-lit nightmares where employees were paid in product, worked at gunpoint and female employees were sexually harassed or trafficked.

“We looked at the cannabis industry and said the union could use its political power to bring forward the good players out of the black market, and bring some credibility and establish a legitimate industry,” says Jim Araby, of Northern California’s UFCW Local 5. Other UFCW chapters followed suit, hoping they could use marijuana to create good jobs and business ownership instead of prisoners.