A Labor Union is a nonprofit organization of workers who have formally come together to promote their interests and advocate on each other’s behalf.

What this generally looks like in practice is pushing for better wages or working conditions with specific employers, defending individual workers when their rights are violated on the job, championing state and federal laws and new legislation that protect workers rights, and holding irresponsible companies or government agencies accountable in court or by other means when they don’t do their jobs properly.

A few ways we do this is through negotiating contracts between workers and employers that clearly spell out wages and benefits in writing and makes company promises legally binding, through lobby days to make sure elected officials listen to the workers’ side of the story and aren’t just hearing from highly-paid corporate lobbyists, and through helping get the word out to the general public about the importance of issues impacting working people.

What is a “Union Contract?” 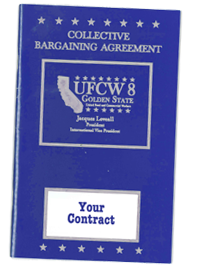 In a non-Union setting, the employer makes all the rules. They may promise to listen to employee input, but at the end of the day, they aren’t required to take any of that input seriously and ultimately still get to decide what the final policies are. But in a Union setting, the rules are negotiated by the Union and the employer with the Union representing the best interests of the workers and the employer representing the best interests of the company.

The Union has the right, as well as the legal obligation, to speak with one voice for all the employees that make up what is known as the “bargaining unit,” or employees covered by a particular contract. When we talk about having a “Union Contract,” what we mean is the official rules that have been agreed upon by the employer and the Union, and that have also been voted on and accepted by the majority of the Union membership covered by the contract.

How do contracts help a workplace run smoothly?

Contracts can help ease possible tensions between you and your managers by making it really clear what the agreed upon rules are, as well as what to do when they are violated. Confronting your manager one on one can end up feeling like a personal attack or criticism with someone you have to work with every day and maintain a good relationship with. In the end, many people just decide to let minor problems go rather than risk creating an uncomfortable situation or even just seeming like they aren’t a team player.

With a written contract and Union representation you have someone to call who isn’t your boss who can help you get the issue resolved if a problem comes up. It can also help you make sure you’re taking advantage of all the benefits you are entitled to by clearly spelling them out. 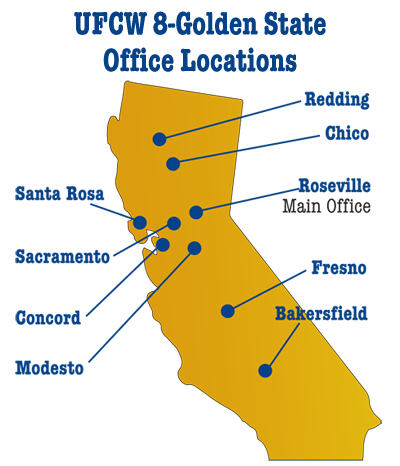 Our membership is made up of slightly more women than men. We have members in Kern County, in the Baksersfield area, all the way to Yreka, at the northern border or California and from South Lake Tahoe to Santa Rosa. We also have among the youngest memberships of any major labor union, with a high percentage of our members under the age of 35. They work part time and full time. We’re proud of the diversity of our membership.

There’s a stereotype out there that union members are all older men who work in manufacturing. This is partly because of the dated way the “working class” is often depicted in news articles, movies, and TV shows. But the reality of who joins unions these days is as diverse as our workforce itself. Today, union members work in offices or customer service. They sell sporting goods or stock shelves. If you’re getting a paycheck and you aren’t someone’s boss, you can almost certainly join a union.

What does it mean to organize?

“Organizing” can be a confusing term for people because it can mean different things in different contexts. Usually when advocacy groups use it, they essentially mean it’s the work done to get a bunch of people on board with an idea or project. Labor unions will often use it as short hand to talk about non-union workers joining the union, but there is a bit more behind it than that.

Have you ever had to organize a party for someone? You have to get the word out it’s happening and get everyone who is helping out to agree on things like what food people are going to bring. Everyone might agree they want a party, but have different ideas about what flavor of ice cream to get or activities to do. But if you want that party to happen, everyone has to come to some basic decisions.

In the labor union world, it’s similar. Everyone may agree they want things to be better, but it may take some work to figure out exactly what that looks like. For non-union workers who are looking to start a union at their workplace, there’s the work of letting their coworkers know about the union. Then once a majority of workers agree that they are interested and want to make things better at their work, then there’s the work to figure out exactly what that means to everyone and what issues are the most important. There’s also more tedious work like paperwork to be filed with the National Labor Relations Board.

Because workers are often busy with their jobs and may have enough on their plates as it is, and because it can be helpful to have someone whose only job is to help guide worker through this process, the UFCW employs professional “organizers” who bring their knowledge and experience to help make things easier and provide structure to make sure things are moving forward. You don’t have to go through one of these organizers to join, but almost everyone does since it’s usually an unfamiliar process for most people, and unfortunately anti-union corporate interests have successfully passed rules that make joining intentionally confusing.

If someone is interested in joining UFCW 8, the first step we’ll always say is to talk to an organizer who can listen to your concerns and advise about next steps. You don’t have to be an expert, you just have to be willing to work with your coworkers, and have a few ideas about how your workplace might be improved.