The Northern California Meat Cutters Apprenticeship Program teaches Current Meat Apprentices how to become skilled, Certified Meat Cutters with a deep understanding of the industry standards for quality, food safety, sanitation, and commitment to retail excellence. Talk to your District Union Rep or complete the inquiry form below for more details.

New classes will be starting up in September 2021

Classes are available in Sacramento, Modesto, Hayward, Novato, or Concord

In order to begin the program, you must be a currently promoted Meat Cutter Apprentice.

Please fill out the form below or contact your District Union Rep with inquiries about the Northern California Meat Cutters Apprenticeship Program. 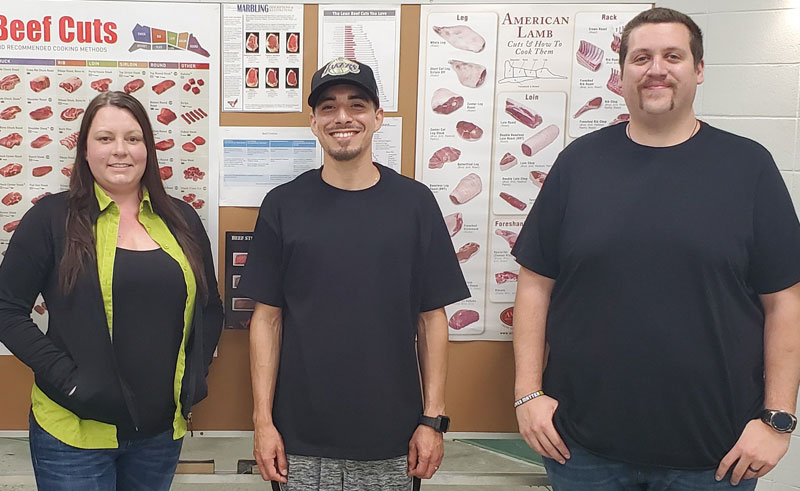 “The Meat apprenticeship class has been insightful and educational. I learned a lot in the class and on the job to help make me a better worker and Meat Cutter in this Industry.” – Devin, Safeway

“I hope those that have an opportunity to attend these classes in the future go in with an open mind and do not give up. See the class through to the end and appreciate the effort, time, and knowledge these teachers give up for us to be able to grow in a career that has endless possibilities.” – Joshua, Raley’s

“During my apprenticeship, some would say that I didn’t need that. Yet, this class taught a lot of the things I was told I didn’t need. I gained a much greater understanding of the role I play in the food industry. Thank you for the opportunity and the information.” – Nigel, Save Mart

“I learned that with our title comes great responsibility, for we are the ones who feed this nation. When I put my equipment on in the cutting room. I’m proud to say that the knowledge that I have acquired through this class has brought me to admire my trade even more.” – Giovani, Vons 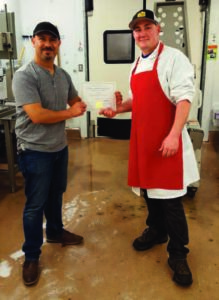 He’s been a meat cutter for 27 years, and when he’s not at his day job at Safeway in Rocklin, he’s passing on his knowledge to others as an instructor for the Union’s Northern California Meat Apprenticeship Program.

“I give my students the tools to succeed and then it’s unlimited what they can accomplish,” he said.

The program runs each year from September through June and is available to UFCW 8 members at no cost to them. It covers every aspect of the meat cutting trade, from safety and sanitation to studying the different parts of the animals to following the various regulations and state requirements for selling food at retail.

“We’re able to break down all of this information for the students and prepare them to be successful,” he said. “They become better employees, they’re able to get promoted, and the companies and customers benefit from their gained knowledge.

“Graduates from the program know everything, from the correct cooking temperatures to good recipes,” he said. “It’s important because customers rely on their local meat worker for advice. Some people are timid when it comes to cooking, but we can give them confidence.

“The customer doesn’t want things prepackaged. They want it fresh and they want knowledge behind the counter.” 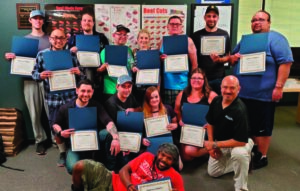 Ortega praises his Union for making the program possible. In fact, he was a student in the program when he began his career in the industry, before the program went on a decades-long hiatus as the individual companies started to offer their own classes.

Then, a few years ago, led by semi-retired UFCW 8 Meat Division director Mike Fursman, the program was relaunched to provide broad knowledge of the trade which is applicable to all meat cutters in the Union regardless of their store. Ortega volunteered to teach it.

“UFCW 8 has been so supportive and easy to work with — I’m very grateful,” he said.

The class is taught at the Wellness Center in the Union’s office in Sacramento. Class size is usually 10 to 15 students and the age of students ranges from 18 to 56, with many driving upwards of 60 miles to attend the class each week from all parts of the Union’s jurisdiction.

“There’s no age cap for participating in the class — you just need a willingness to learn,” he said. “It feels good to know future generations of meat cutters will have the skills to keep things going.

“The greatest gratification for me is to hear from my students about their success. They call and tell me what they have accomplished, and it’s the best.” 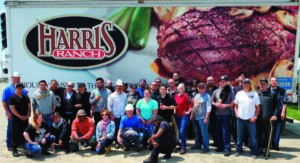 Students in the program are held to a rigorous standard.

“It’s like college,” he said, “you have to show up, participate and do your homework.”

A typical class begins with a discussion of what is happening in the meat industry and includes updates on laws and regulations, lectures, videos and often a quiz. 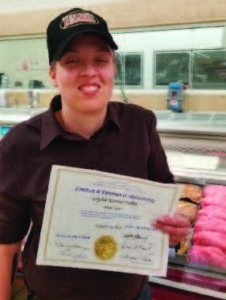 It was a long road, but with the assistance of UFCW 8- Golden State’s Northern California Meat Apprenticeship Program, Leigha Tubbs has arrived at a bright new career.

In September, Tubbs was promoted to the position of Head Meat Cutter at her Bel Air store in Roseville.

She started out in food service at Raley’s in Folsom, learning all aspects of the store, from deli to bakery to coffee preparation.

“My mom was already working Union, so she urged me to do the same,” she said. After six years on the job, she was looking for her next move. She found a ray of hope from her best friend who had recently become an apprentice in the meat department at another store.

“It was hot in the parts of the store where I worked, and the meat department got to work in a room with an air conditioner!” Tubbs joked.

“I heard our department was looking for a clerk, so I harassed my district supervisor for the position.”

She succeeded, and soon afterward she began instruction in UFCW 8’s Northern California Meat Apprenticeship Program, taking classes every Tuesday night for nine months. The program is provided to Union members without cost.

“It was a great education and a great way to advance my career,” she said of the class, which is led by semi-retired UFCW 8 District Union Representative and Meat Division director Mike Fursman.

In addition to bookwork and classroom study, the program included visits to UFCW-affiliated meat processing facilities.

“Throughout the process, I learned there is more than one way to solve a problem,” Tubbs said.

“The program teaches you to take pride in your work, because for some people this doesn’t come naturally. They get you excited about your job.” 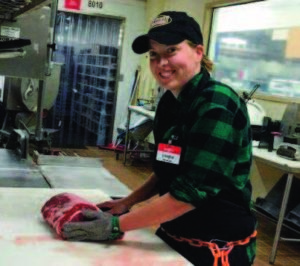 Tubbs graduated from the Meat Apprenticeship Program in June 2018, and it only took another 14 months for her to become Head Meat Cutter at her store.

In her new position, she has been able to put all of her knowledge and training to good use. In addition to cutting meat, she keeps track of orders while keeping an eye on sales trends.

“I’ve moved around the placement of items on the counter and it seems to be working,” she said. “If something isn’t selling or doesn’t look right, I’ll move it.”

Her department is five members strong and she enjoys keeping them motivated.

“I want my coworkers to be happy to be there,” she said.

“Caffeine and food are the key. If they’re hungry, I’ll grab them something, but mostly they just want caffeine.

“We have a good time. We have fun, we fill the counter, we keep it clean and we work smart.”

“Thanks to the Meat Apprenticeship Program, Leigha Tubbs is able to have a better way of life with a great Union career,” UFCW 8-Golden State President Jacques Loveall observed.

“We encourage other ambitious UFCW 8 members to learn about this course by contacting their District Union Representatives. “A bright new career awaits!”