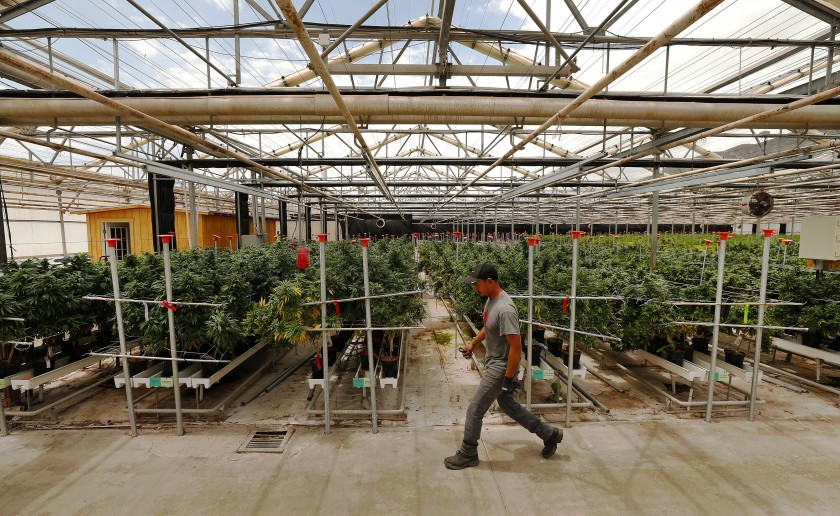 Sacramento —  California’s largest marijuana association is in a bind after powerful labor unions accused the organization of distributing an anti-union document and asked Democratic politicians to “refrain from engaging with” the group in a display of organized labor’s immense political muscle at the state Capitol.

The call to cut off the California Cannabis Industry Assn.’s access to decision makers marked a major blow to the state’s most influential marijuana lobbying group and came at a precarious time for its more than 500 member companies, which operate in a legal industry struggling to compete with the illicit market, laying off workers and hovering near insolvency.

The association, which represents companies working across the marijuana supply chain, went into 2020 hoping to push legislation this year to cut taxes, open more cities to pot shops and create a banking system for the industry. Now some are concerned those efforts could be stymied by the tussle with the unions.

“The obstacles are so high and so challenging that in my view they can only be overcome if the industry and organized labor work together,” said Assemblyman Rob Bonta (D-Alameda). “When I saw this white paper from CCIA, I was very disappointed and frankly worried about what the future holds.”

Californians voted in 2016 to approve Proposition 64, legalizing growing and selling marijuana for recreational use. But so far only about 1,070retailers and delivery firms have been licensed, a fraction of the 1,800 dispensaries that were selling marijuana for medical purposes before the initiative and the 6,000 sellers that were originally anticipated by state officials.

Industry leaders say legal cannabis firms have faced numerous impediments, including state and local taxes that can add 45% to the cost of legal marijuana and a provision of the law that has allowed three-quarters of California cities to ban pot shops.

State law requires applicants for cannabis licenses with 20 or more employees to enter into a labor peace agreement, a sort of neutrality accord in which the employer promises not to disrupt a union’s attempts to organize employees and the union agrees not to picket, boycott or otherwise interfere with the employer’s business. The United Food and Commercial Workers, which advocated for pot legalization, originally championed the provision in a law regulating medical marijuana in 2015 and again when guidelines for medical and recreational sales were merged in 2018.

But UFCW, the California Labor Federation and the International Brotherhood of Teamsters in California alleged last month that a document the association distributed to its members is evidence of an attempt to weaken the law. The unions sent a letter to the Democratic caucuses in the Senate and Assembly that included a copy of the paper, which offered guidance for pot businesses that are negotiating labor peace agreements.