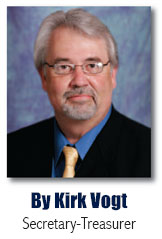 The latest survey results from the Gallup Organization add up to great news for those who align themselves with the aspirations of working Americans.

On the flip side, the numbers amount to bad news for the rich corporations and CEOs who bankrolled a massive anti-Union propaganda campaign over the past half-century.

Gallup reports Unions are more popular than at any time since 1965, with 68% of Americans approving of our efforts to improve the lives of working people.

This figure represents a 20% increase in support since 2009.

At the same time, nearly 90% of Union members are glad they belong to a Union.

What changed? Not Unions. We’re still doing what we’ve always done, which is work hard to raise the wages, benefits and workplace standards of our members and everyone else who punches a time clock.

Here’s what changed: The American people got fed up.

They came to understand how rich and powerful people seized the lion’s share of wealth as the nation recovered from the Great Recession.

They saw how successive waves of tax cuts for the wealthy have done nothing to help ordinary people pay the rent or get health care for their kids.

On the other hand, more Americans have learned to disregard the propaganda pushed by those who want to weaken Unions. Evidence for this trend is seen in the 2018 landslide vote by the people of Missouri to block an anti-Union law in their state.

Challenges certainly remain for Unions. The 90-year-old federal laws designed to protect people’s right to organize are terribly weak and out-of-date, and the anti-Union forces are determined to stop any effective reforms of the system.