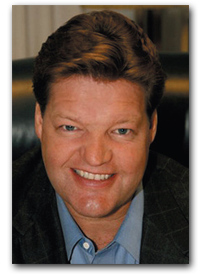 As the economy struggles to emerge from its second downturn in 13 years, America’s younger workers are coming to the same conclusion their grandparents and great-grandparents reached many decades ago: Unions are the answer for a more prosperous future.

On page 19 of this issue of Voice of Action, you’ll see our report on a new poll showing two-thirds of America’s workforce approves of labor Unions, indicating the highest level of support in 50 years.

Leading the way are many younger workers, who happen to be members of a singularly sophisticated and socially aware generation. They understand the benefits of working collectively to achieve a greater good.

They also understand they have been dealt a bad hand, and they can’t rely on government or free markets to reshuffle the deck.

Many of them had to watch helplessly as their parents’ expectations and dreams were devastated by the loss of good jobs capable of sustaining a middle-class lifestyle. And now, with fewer options available beyond low-paying servicesector jobs, these young workers realize they must unite — through Unions — to make those jobs work for them.

They may be young, but they aren’t innocents. They know united action is the best hope they have to reverse decades of accelerating income disparity — leading to the situation we see today, in which a tiny number of Americans are gobbling up an obscene share of the wealth at the expense of workers who must subsist on stagnant wages.

Indeed, as the chart on page 19 shows, the decline in Union membership since the 1950s closely reflects the increased concentration of wealth controlled by the wealthiest elites. This is no accident.

For those who don’t already have a Union, the road to claiming a voice on the job remains a difficult one. Over the past 50 years, large companies have become adept at “Union avoidance” techniques which are used to intimidate their workers into silence. Many of these techniques are illegal, but the punishments are ineffectual and poorly enforced.

Fortunately, the tide is beginning to turn as a young and increasingly diverse workforce is able to see through the anti- Union propaganda and intimidation tactics. For example, as I write this, the workers at an Amazon distribution center in Alabama are in the process of voting to join a Union affiliated with the UFCW (see page 19). If their effort succeeds, it could open the door to more workers taking the step at Amazon, as well as Walmart, McDonald’s and other fiercely anti-Union corporations.

It certainly helps to know Marty Walsh, the mayor of Boston who has a long history as a Union member and leader, is in line to become the next U.S. secretary of Labor. If his nomination is confirmed, Unions will have a good friend in a position of authority.

As a member of UFCW 8-Golden State, you enjoy the benefits of working under a collective bargaining agreement negotiated by one of the strongest Unions in America. This strength is made possible through the solidarity of our membership.

Due to our efforts together, we enjoy better wages, better health care, better retirement benefits, better sick leave and better rights on the job than those who work in non-Union jobs in the same industries. Our members have known this for years, and now increasing numbers of non-Union workers are realizing it as well.

It’s good to see the younger workers are leading the way.