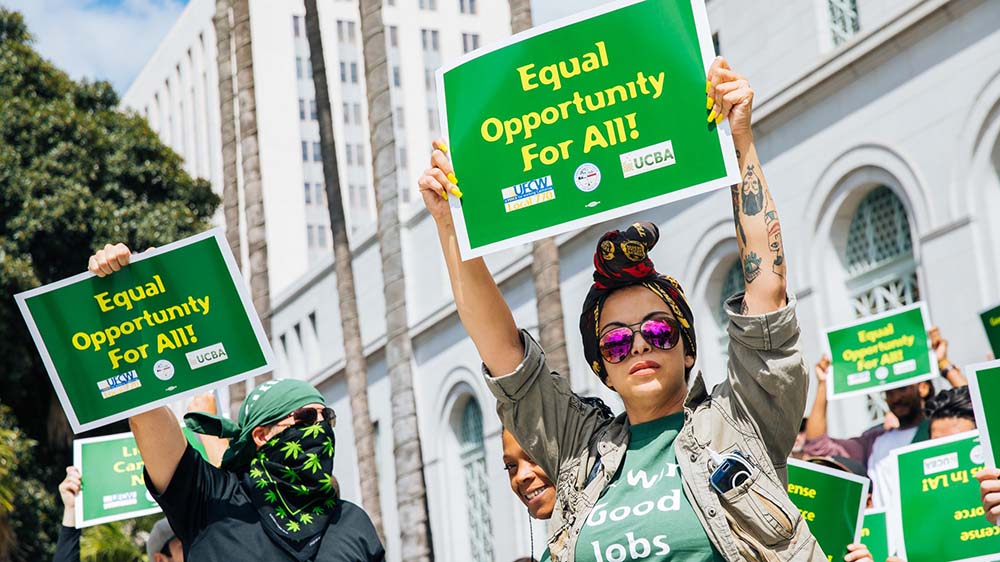 Victoria Arana started working at a cannabis dispensary in Los Angeles when she was 18 years old. She and most of her young, all-female coworkers worked ten- to 15-hour shifts, five to seven days a week. They weren’t allowed to keep their tips, weren’t paid for their last hour of work (in which they did the clean-up), and were subject to sexual harassment and wanton disrespect from the male owners, she recalled.

“We would cry, like, every morning before going to work,” Arana told VICE. “Getting paid was one of the scariest things ever because you’d be alone with the boss in a room.”

Management was constantly crossing boundaries, she added, even trying to kiss coworkers on multiple occasions. Exacerbating the situation was the fact that the defunct shop—located in the now-gentrified Silver Lake neighborhood—was locked down like a prison by virtue of its dubious legal status in the era preceding full legalization.

According to interviews done over the past few years with veterans of the cannabis industry, Arana’s working conditions were not uncommon. The question is whether and to what extent they will linger as businesses across the country transition from an unlicensed or gray market to a regulated, legal one.

That’s where the labor movement comes in.

As full pot legalization spreads, labor organizations like the United Food and Commercial Workers Union (UFCW)—which represents 1.3 million people across multiple fields, from grocery store workers to meatpackers—are seizing on the nascent industry. The UFCW already claims tens of thousands of cannabis workers across the US: In August of last year, Seattle-based dispensary chain Have a Heart inked the state’s first collective bargaining agreement between a recreational cannabis shop and the union. In 2017 in Minnesota, a cannabis production facility and chain of dispensaries struck a deal with the local UFCW. And in New York in 2016, the first union agreement for medical marijuana businesses was established in advance of the seemingly inevitable legalization of recreational use by adults in the state.

Other labor organizations, such as the Teamsters, have made inroads to the industry as well. Although it might not seem like it fits squarely in the union’s purview, there are segments of the supply chain—such as cultivation, which has its own legacy of poor working conditions, especially for women—Teamsters have been vying for, beginning in 2010 when their Oakland, California, local organized the country’s first group of marijuana cultivators. The United Farm Workers of America (UFW) is also considering tapping into the newly legal industry: While the union doesn’t have any cannabis members yet, it was “engaging workers in a number of key cultivation regions” given that a bulk of the licensed grow sites in California are in regions where UFW already has a strong presence and deep history, Jamie Padilla, UFW cannabis campaign coordinator, said in an email.

All of which is to say that as an increasing number of states legalize medical and recreational cannabis, the potential for unionization has grown with the volume of pot sold—and could usher in a sea-change in the way the cannabis industry does business. But experts said it could also help bolster the strength of the labor movement as a whole even as it faces historic headwinds under a hostile Supreme Court.