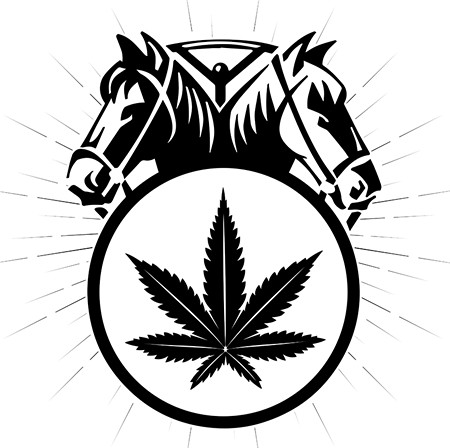 Organized labor on the march to unionize pot workers
By: Jonah Raskin

Can unions organize cannabis industry workers, some stoned, some sober, others undocumented and still others with college degrees?

The upsides: a unionized cannabis industry could help improve wages and working conditions for men and women who labor in North Bay cannabis fields, warehouses and dispensaries. Unions could also assist the industry as a whole by rendering it more transparent, and by insisting on standards that contribute to the health and safety of employers, employees and consumers.

The downsides: a wobbly workforce that’s still laboring underground in many cases and that doesn’t really need the union dues on top of the onerous tax burden that comes with compliance. Not to mention that there’s not one or two, but three unions angling to ramp up their rolls with the North Bay cannabis labor pool.

The International Brotherhood of Teamsters is one of the unions pushing to organize weed workers. Its drivers already transport legal weed throughout the state; now the union is pushing out into the fields and warehouses. At 1.3 million members strong, the IBT is one of the strongest unions in the country and now they’re in the thick of a campaign to organize a California cannabis industry that is moving haltingly from illegality to legality.

The Teamsters have already been engaged in the cannabis culture in this state for decades. Along with the California Growers Association, plus law enforcement and elected officials all across the state, the Teamsters supported and lobbied for Proposition 215, which ushered in the state’s landmark medical marijuana regime in 1996.

The Teamsters also lobbied in favor of Proposition 64, which legalized adult use in 2016 and launched the system of regulation and taxation that’s now in place. Once the legal cannabis industry had employees who delivered and distributed marijuana, it made perfect sense, from the Teamsters perspective, to organize them.

The Teamsters recently helped organize workers at Continuum, a California marijuana distributor that has offices and warehouses in Oakland, Sacramento and Orange County. “We worked closely with the Teamsters,” says Tim Morland, the compliance and policy director at Continuum. “Now all our employees—drivers and warehouse workers—are in the union and make $25 an hour.”